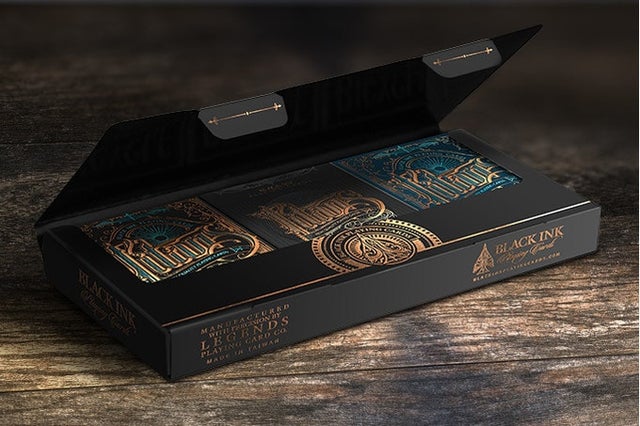 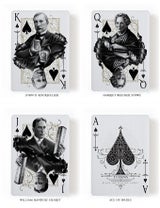 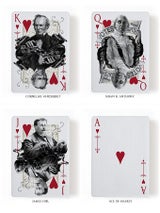 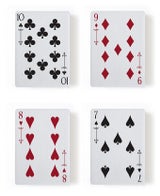 Titans are defined as "one that is gigantic in size or power: one that stands out for greatness of achievement."

The men featured in this deck were referred to as "Titans of Industry". For over thirty years, the rise of new industries and technologies revolutionized the entire world. This in turn, made many men very wealthy and with their great achievements, came ruthless behavior an abuse of power.

The capitalists of the late 19th century became know as the "Robber Barons".

"Business leaders from about 1865 to 1900 were, on the whole, a set of ... rascals who habitually cheated and robbed investors and consumers, corrupted government, fought ruthlessly among themselves, and in general carried on predatory activities comparable to those of the robber barons of medieval Europe." ~ Hal Bridges

The kings and jacks in these decks depict those who build empires through ruthless means and the queens are women that spent their life's energy to liberate those oppressed in many ways. It's a story of juxtaposition; misuse of power and strength from weakness, oppression and liberation... This is Titans, these are the Robber Barons.