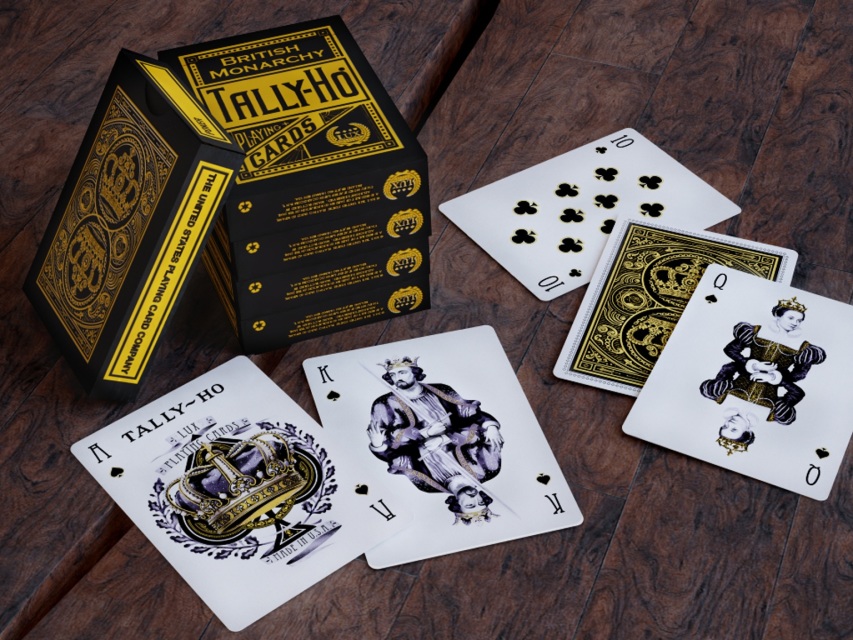 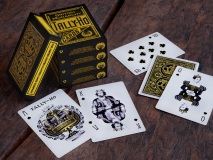 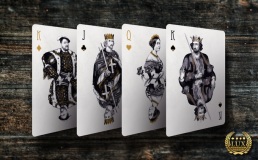 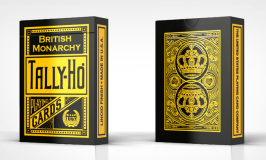 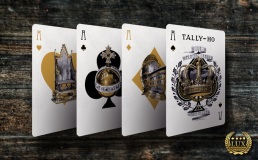 SKU: PC-TALLYHO
$19.99
$19.99
Unavailable
per item
To stay in tradition with the elegant Tally-Ho brand, the card back is extravagantly detailed.  Each King and Queen in these decks have been meticulously researched and elaborately portrayed. The card back is ornately designed, keeping with the theme of the deck. The back illustrates the Crown, and alludes to the War of the Roses in England. The portraits themselves of the royalty cards are intricate, while keeping the cards playable.
Each royalty card is comprised of monarchy from the long and distinguished history of Britain. The Kings and Queens depicted in each royalty card exude elegance and sophistication
Royal Cards:
Created by LUX Playing Cards and printed by the US Playing Card Company
Sold out
Add to Cart