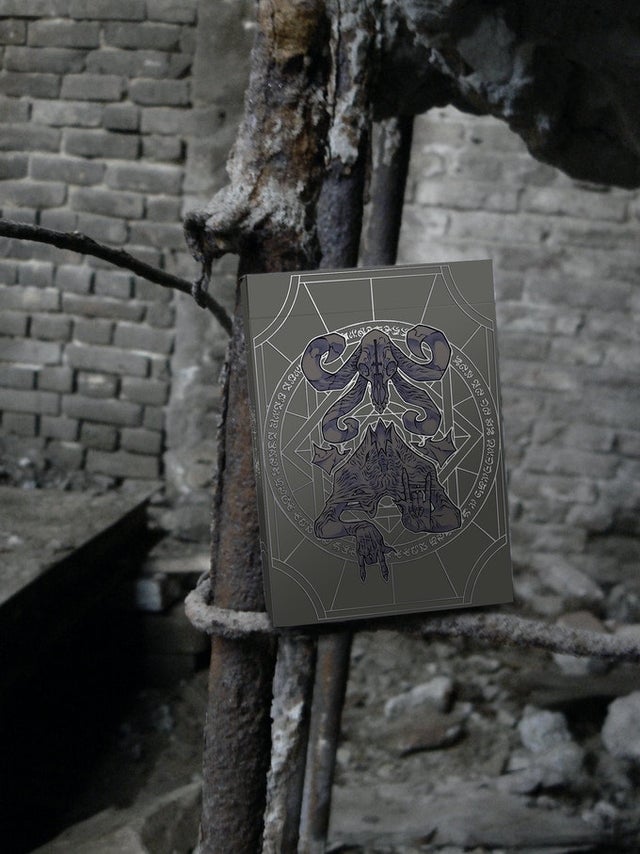 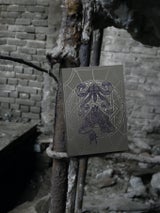 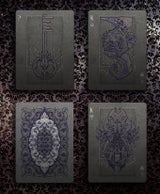 Each of the suits in the Ebon Deck represent a different caste of society. The hearts represent the clergy, diamonds - merchants, clubs - the military, and spades represent the working class.

Each design is hand illustrated and then digitally compiled giving a more traditional feel. The deck reads like an occult manuscript steeped in otherworld dark aesthetics with an intense focus on Gothic surrealism.

The glyphs or "letters" that were used in the designs are stylized type of "demonic calligraphy", a uniquely created phonetic alphabet that add character and subtext to the art.

The cross symbol is an original design of Noah’s that he often adds to the art as a hidden "second signature" known as the "the infernal cross".

The EBON deck is signified with stark shades of ashen grey, giving the figures the look of hewn slate, with silver metallic ink accents and a unique ace of spades.