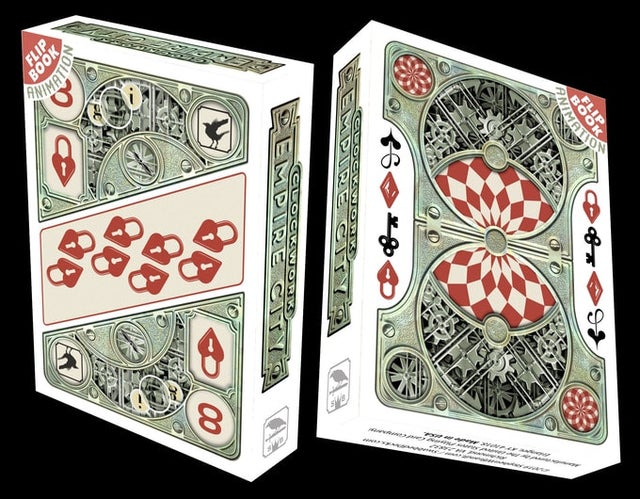 This deck is features clockwork animation, and the backside is animated in an "event neutral" design and is made to prevent the deck from being used as a marked deck.

The animation on the faces of the deck includes a speedy clock, and in the crescent, moving clockwork with letters passing under a magnifying glass - hmmm . . . what words do they spell? Included will be instructions on returning the deck to its original order to view the animation.