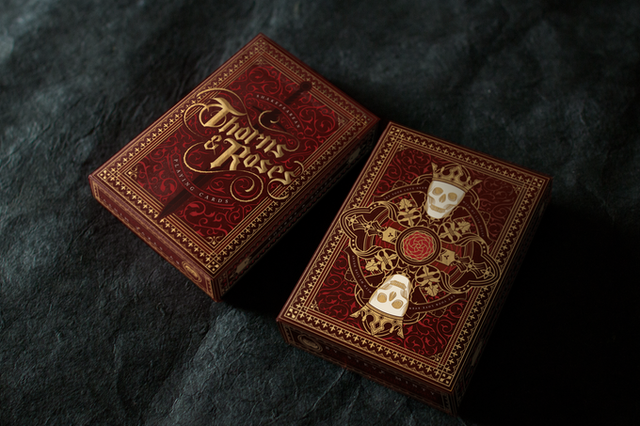 Inspired by the works of William Shakespeare, this deck is based on the themes prevalent in his work: Life and Death. The themes of life and death are represented with the motif of Thorns and Roses. Thorns embodies the pain of loss and death found in these works, while the Roses the sweetness of love and life.

The decks feature four of Shakespeare's best known works: Hamlet, Romeo & Juliet, Macbeth and King Lear. The Roses deck interprets these characters with an item of significance while the Thorns deck depicts their method of death (it's a lot of deaths.)